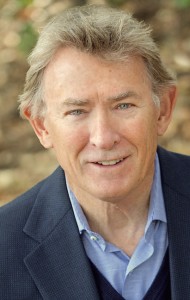 Stephen G. White, Ph.D., is a psychologist and the President of Work Trauma Services Inc., a consulting group he originally founded in 1982 to assist employers with serious workplace crises. His extensive work in organizational trauma reduction led to his specializing, since 1989, in the assessment and management of workplace and campus violence risk. Dr. White has consulted nationally and internationally on over 4,500 threat cases for numerous Fortune 500 companies, private and public organizations, law firms and their clientele, colleges and universities, and law enforcement, military and governmental entities. He has testified before the California State Legislature on behalf of workplace violence prevention legislation. Dr. White has authored or co-authored peer-reviewed publications on stalking, workplace and campus mass murder, violence risk assessment, autism and violence, and workplace trauma management.  Dr. White, in collaboration with Dr. Reid Meloy, developed and published in 2007 The WAVR-21. Now in its third edition, the WAVR-21 is an evidence-based structured professional judgment guide for assessing workplace and campus violence risk. Dr. White has contributed chapters on workplace violence in the first and second editions of The International Handbook of Threat Assessment, published by Oxford University Press, and is a Contributing Editor for the Journal of Threat Assessment and Management. He was a member of the expert panel of the 2012 US Army-sponsored Workplace Violence in the Military Program, providing peer reviews of scientific proposals to study predictors of targeted violence across Department of Defense service areas. In 2022 he received the Distinguished Achievement award from the Association of Threat Assessment Professionals. Dr. White has served as an Associate Clinical Professor in the Department of Psychiatry at the University of California, San Francisco, where he co-facilitated professional development groups for medical students. He is a sought-after trainer and a frequent guest lecturer at regional, national, and international forums for security, human resource, and mental health professionals, campus administrators, law enforcement agencies, and employment law attorneys. 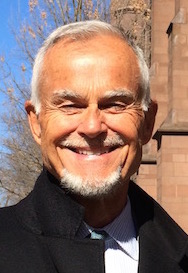 Dr. Reid Meloy is a board-certified forensic psychologist (ABPP) and consults on criminal and civil cases throughout the U.S. and Europe. He is a former clinical professor of psychiatry at the University of California, San Diego, School of Medicine, and a faculty member of the San Diego Psychoanalytic Center. He is a fellow of the American Academy of Forensic Sciences and is past president of the American Academy of Forensic Psychology. He has received a number of awards and honors, including the first National Achievement Award in 1998 from the Association of Threat Assessment Professionals, the Manfred Guttmacher Award from the American Psychiatric Association in 2021, and the Distinguished Contribution to Forensic Psychology Award from the American Academy of Forensic Psychology in 2022. He was the Yochelson Visiting Scholar at Yale University in 2015, and Visiting Scholar at the Psychiatric University Hospital Zurich—originally the Burgholzli Clinic–in 2018. Dr. Meloy has authored or co-authored over two hundred fifty papers published in peer-reviewed psychiatric and psychological journals, and has authored, co-authored or edited thirteen books. He has been consulting, researching and writing about personality disorder, psychopathy, stalking, narcissism, criminality, mental disorder, and targeted violence for the past thirty years.  His first book, The Psychopathic Mind (Aronson, 1988), was an integration of the biological and psychodynamic understanding of psychopathy. His co-edited book with Drs. Hoffmann and Sheridan, Stalking, Threatening and Attacking Public Figures (Oxford University Press, 2008), led to a commissioned study for the National Academy of Sciences on threats toward public figures published in 2011 (www.nap.edu). The first edition of the International Handbook of Threat Assessment was published in 2014, and the second edition in 2021 (Oxford University Press). Dr. Stephen White and he created the WAVR-21 (www.wavr21.com), a widely utilized structured professional judgment instrument for targeted workplace and campus violence, now in its third edition. Dr. Meloy has been a consultant on criminal, counterintelligence, and counterterrorism cases for the Behavioral Analysis Unit, FBI, Quantico, for the past twenty-one years. His counterterrorism work began when he was retained as the consulting forensic psychologist by the U.S. Attorney General in the prosecution of the defendants McVeigh and Nichols in the Oklahoma City bombing cases. He is the originator and developer of the TRAP- 18 (Terrorist Radicalization Assessment Protocol; mhs.com), a validated risk assessment instrument used by counterterrorism professionals in North America, Europe and Australia. He was a member of the Fixated Research Group for the United Kingdom’s Home Office concerning threats to the Royal Family and British political figures, and is a consulting member of Work Trauma Services, Inc., headquartered in San Francisco, and Team Psychology and Security in Darmstadt, Germany. He was also a founding associate editor of the Journal of Threat Assessment and Management. Dr. Meloy is intermittently quoted in the New York Times, the Washington Post, the Wall Street Journal, the Los Angeles Times and NPR. He was a technical consultant to the television series CSI from its inception in 2000 until its final episode in 2015; and is the technical consultant to “Indivisible: Healing Hate,” a Paramount+ television series exploring the historical roots of the Jan. 6, 2021 insurrection.